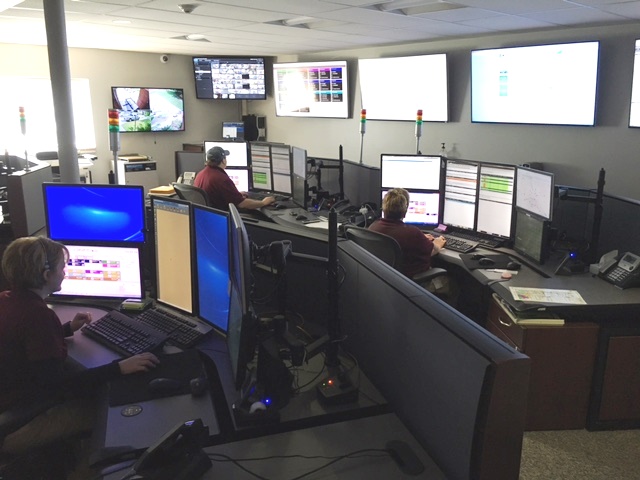 Dallas County’s 911 Communication Center is staffed 24 hours a day, 365 days a year by 13 full-time Public Safety Dispatchers supported by a Communications Director, who are trained to answer 911 and non-emergency calls, as well as dispatch law enforcement, fire, and paramedic resources. Public Safety Dispatchers gather critical information from callers and relay the information to units in the field.

In 2015, Dallas County Sheriff Chad Leonard developed plans for relocating the 911 Center. The relocation greatly expands our capability to have up to four Public Safety Dispatchers working at a time. The new 911 center provides new radio consoles by Motorola and a training room with a full CAD (Computer aided Dispatch) simulator, allowing for training new and current Public Safety Dispatchers in many scenarios, immensely enhancing our training programs.