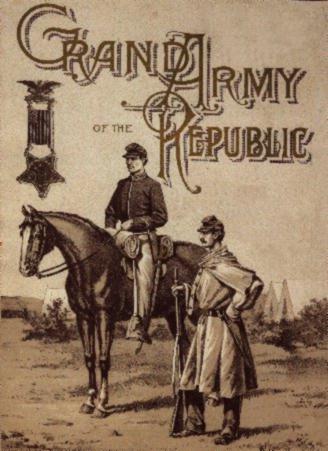 Redfield is one of the oldest towns in Dallas County and the GAR Lodge is the only remaining building left from the original town located on the original site due to a 1900 fire that leveled an entire block of the downtown area. Built sometime in the 1880’s by local men, probably members of the Marshall Post of the G.A.R., members met every two weeks to discuss community events and honor those killed in the war. Their purpose was to assist the widows and children of men who died in the War Between the States. They also gave assistance to the families of men who were so seriously wounded that they were unable to work. Members of the Marshall Post were very active in town affairs and assisted with charity efforts and other projects.

The Post used the upper floor for their meeting room and rented the lower floor for use as a business. The building was given to the local American Legion Post in the 1940’s when the last living member of the Marshall Post passed away. The building later served as an apartment building. By the 1990’s, the GAR Post in Redfield had fallen into serious disrepair. A local family purchased it and donated it to the Conservation Board on the condition that it be restored to an 1880’s appearance.

The Dallas County Conservation Board has overseen the restoration of the building to its former condition when used by the Post. A Museum occupies the ground floor and the Post Meeting Room the second floor. The lower floor is open to the public on selected weekend and holidays during the regular season and by appointment at other times.

HISTORY OF THE GRAND ARMY OF THE REPUBLIC

Commonly, wars were comprised of soldiers from towns and counties; friends and relatives, who would go off to war and return home in time to plant or harvest their gardens and fields together. Upon returning home, their needs were taken care of by their community.

The Civil War, on the other hand, consisted of men from different states all over the country. The large

scale meant more casualties and more widows and orphans. More men returned home requiring extended care, jobs and a place to live. Newly freed slaves and their families had the same needs. In many cases communities weren’t equipped to handle these new responsibilities.

Loneliness caused by the men returning to their home states compounded the problem. They missed the special bond and trusting companionship of those they lived and fought with. Soldiers had no one to talk to or rely on that shared their memories directly. In response, men began forming together for companionship and later for political power. The Grand Army of the Republic was one of these groups, and quickly became the most numerous and influential. Founded in Decatur, Illinois on April 6, 1866 by Benjamin F. Stephenson, membership was limited to honorably discharged veterans of the Union Army, Navy Marines Corps or Revenue Cutter Service who served between 1861 and 1865. By 1890, members numbered 409,489. The organization was subdivided into community level locations called "posts" and were consecutively numbered. In addition to providing health and human services to veterans, they lobbied the government for pension legislation and relief work.

The organization wielded considerable political clout nationwide. Between 1868 and 1908, no Republican was nominated to the presidency without a GAR endorsement. In 1968, the GAR called for May 30 to be designated as a day of memorial for Union veterans; originally called “Decoration Day”, now “Memorial Day”. The GAR was also active in establishing retirement homes for soldiers and the United States Department of Veterans Affairs.

HOW DO I GET THERE